If you’re thinking about investing in cryptocurrency, you’ve almost certainly had friends warning you to stay away… “it’s crazy…it’s a bubble!” you’ve probably heard.

Really? Is cryptocurrency in a bubble?

Yes! Of course cryptocurrency is in a bubble!

But what does that mean?

But before we get to that, let me just tell you about another huge bubble that occurred not too long ago; the Internet Bubble, something I remember well because I was right in the middle of it. The Internet bubble ran from the summer of 1994–when the world suddenly “discovered” the Internet … the year my Complete Idiot’s Guide to the Internet was first published–through the summer of 2000, when the bubble burst. Early in 2000 I had raised $4m from a consortium of Venture Capital firms, including Softbank, one of the world’s largest, to start a dotcom … we sold ecommerce software to small businesses. (Talk about late to the game!)

In the late 1990s there was a huge infusion of capital into Internet startups and stocks, many of which ended up worth little or nothing. Let me give you example: BlueMountain.com, an online greeting-card company. (One of the founders, Jared Polis, is currently running for Governor of Colorado.) This is one of my favorite examples, but there are hundreds more.

In 1999, Excite, a major search engine, purchased BlueMountain.com for over a billion dollars (including performance bonuses … I don’t know if they were ever paid). But around two years later, in September 2001, Excite, now in trouble itself as the Internet bubble burst, sold off the company to American Greetings for around $40M, I think it was.

The following month, Excite itself, once worth billions–Yahoo! almost paid $5.5bn for it–filed for bankruptcy, and its assets were eventually sold off for around $10M, I seem to recall. (Fun fact; Excite reportedly had the chance to buy Google for $750,000 in the late 90’s and turned it down!) 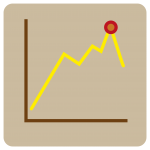 Plenty of investors lost money when the Internet bubble burst (and many are going to lose money with cryptocurrency). But many made money during the Internet bubble, sometimes by making good decisions and sometimes through dumb luck. If you had invested $100 into Amazon’s Initial Public Offering in 1997 it would have been worth $117,000 by now according to Investopedia.

Yes, thousands of Internet firms crashed and disappeared. But many are still around. Firms like Netflix … yes, they actually began pre-bubble-burst, though they didn’t go public until 2002. Google, of course, is pre-bubble, as are eBay and Paypal.

So, back to cryptocurrency. Absolutely, what we’re seeing is a bubble in action. What’s that mean? … What were those four things I mentioned?

1. The Cryptocurrency Markets are Incredibly Volatile

The cryptocurrency markets are incredibly volatile, they bounce around like a coke can in the back of a pickup truck. At present valuations, the total cryptocurrency market capitalization is about $250 billion (data from CoinMarketCap.com). Early in January this year the total market cap was nearly $817 billion. A few years ago it was next to nothing.

That means the value of the entire crypto market decreased from January to July by 67%. Does that qualify as a bubble bursting? I don’t think so, not yet … I believe Bitcoin will probably rebound … if it doesn’t, though, there are others that will take its place. But nonetheless, cryptocurrency is a wild ride.

2. Most Cryptocurrencies Will Disappear

There are currently more than 1,600 different cryptocurrencies (you’ve heard of bitcoin, and maybe Ether and Litecoin … but how about Nano, and Waves, and Paypex?).

I am absolutely convinced that ten years from now, most of these currencies will be worthless. But …

3. Real Value Will Be Left When the Bubble Bursts

I also believe that, just as the Internet bubble occurred during a true technological revolution, cryptocurrency is not going away, we are seeing real changes that will be with us for the foreseeable future. Ten years from now most of the current cryptocurrencies will be gone, but some, and many of the companies operating in this space, will be alive and well. 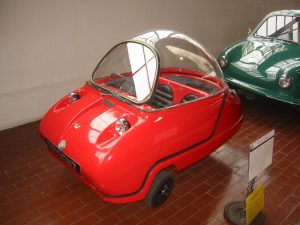 Investment bubbles often occur thanks to investors’ excitement in a time of technological innovation. That’s what happened with the Internet bubble, it happened with the Electronics bubble of the 1950s, and the automobile bubble of the early 20th Century (there used to be more than 500 car companies)… and my belief is that it’s happening today with the cryptocurrency bubble. The Internet’s still here, life without electronics would be unimaginable now, and the world has more than a billion motor vehicles operating on its roads. … so don’t count cryptocurrency out yet!

4. There’s Money to be Made

Sure, we’re in a bubble. But just as thousands of people made out like the proverbial bandit during the Internet bubble, despite the bubble bursting (all bubbles burst eventually) …thousands will make money from cryptocurrency … thousands already have, of course, vast fortunes have been made ($100 worth of bitcoin purchased 3 summers ago would be worth around $2,000 now) and there’s more money to be made before, during, and after the cryptocurrency bubble bursts. 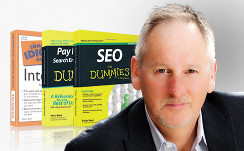 WARNING: Do not invest in the cryptocurrency markets until you understand how it all works! This is not like setting up a brokerage account and buying a few stocks. Cryptocurrency technology is complicated; it’s not brain surgery, but there are a few things that you must understand.

I’ve been explaining complex technical subjects to non-technical people since 1980 … in 1993 I wrote the best-selling Complete Idiot’s Guide to the Internet … in 2004 I wrote Search Engine Optimization for Dummies (I’m on the 6th edition now). Now I’ve turned my attention to cryptocurrency … 8+ hours of video breaking the complexity of cryptocurrency down into understandable chunks. (And it’s getting reviews!) Learn more about Crypto Clear: Mastering Bitcoin & Cryptocurrency Trading here.